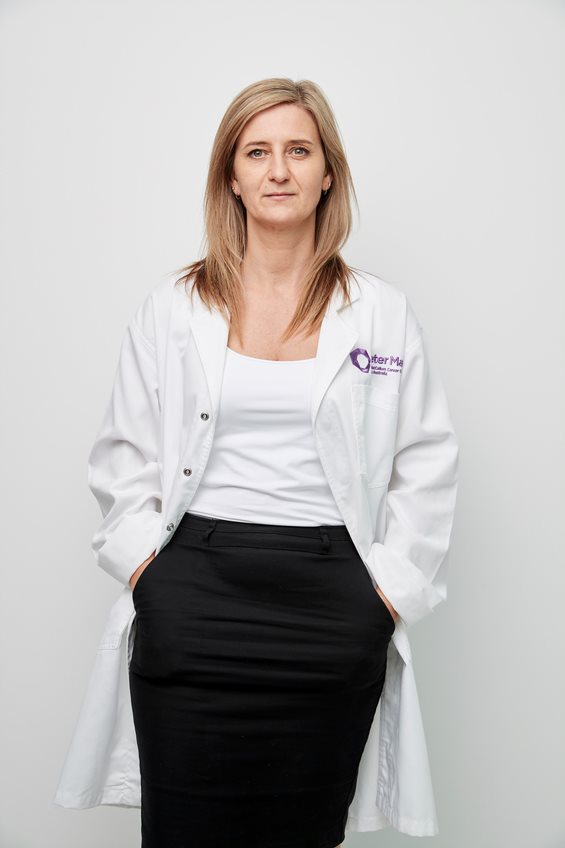 ­While the overall prognosis for breast cancer has improved dramatically in recent years, there is still a need for better, targeted therapies with reduced toxicity. The human immune system is generally ineffective against breast cancer, and fails to generate the response required to eradicate the disease. Therefore, treatment approaches that encourage a patient’s own immune cells to attack the cancer are of immense therapeutic interest.

A novel class of drugs, called Smac-mimetics, are emerging as potent anti-cancer agents. These drugs can directly kill the cancer cells, but are also thought to promote an immune response. Thus, combining Smac-mimetics with known immunotherapies, such as anti-PD1 (Keytruda) or chimeric antigen receptor T-cell (CAR T) therapy, is likely to provide greater therapeutic benefit overall.

This theory has recently been tested by NBCF-funded researcher, Dr Jane Oliaro, from the Peter MacCallum Cancer Centre. Dr Oliaro and her team showed that a combination treatment of a Smac-mimetic drug called birinapant and CAR T cell immunotherapy significantly reduced tumour growth in an animal model. The tumour suppression effect was significantly better for the combination treatment than for either of the therapies alone.

The researchers then confirmed their findings by trialling the drugs on three-dimensional “tumoroids”, which are grown from biopsies of patients. They found similar results in these models, and are now excited to progress the combination treatment to patient trials in the near future.

“Although these findings still need to be validated in clinical trials, our results suggest that birinapant combined with CAR T therapy may be a novel treatment approach that helps patients fight against breast cancer by improving their immune response,” said Dr Oliaro. “The results will pave the way for the development of novel combination treatments for breast cancer.”

"Donations play a critical role in facilitating a huge amount of medical research in Australia. Government funding is very limited, and we rely on the generosity of the public to provide us with the resources to conduct our research using the latest technologies".

The study was recently published in the peer-reviewed journal Cancer Immunology Research , and was funded by the generous donations of NBCF supporters and the Mother’s Day Classic community.