Susanne was lost and afraid, until she found the Boob Club 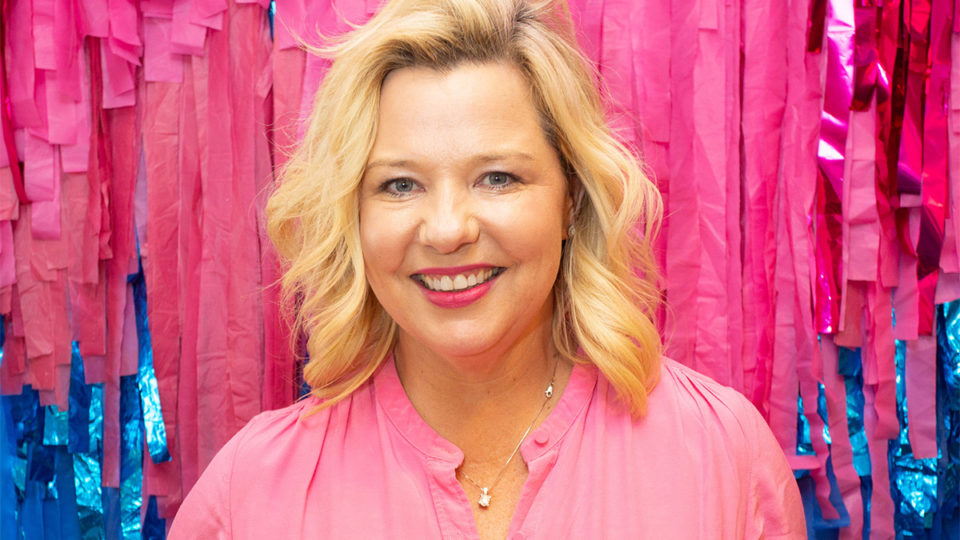 "I actually have never felt alone with the journey once I got together with these girls." Photo: Darren McNamara

One morning in 2017, Susanne Novak asked her son, eight years old, if he knew anything about cancer.

This wasn’t a random question. At that moment, Susanne, mother of two and newly diagnosed with breast cancer, was full of fear and anxiety and trying to get her bearings.

One of the decisions she made was to not tell her children about the cancer until she was to do so without crying. (That would take another three years.)

“I made the decision pretty quickly, and it’s a personal decision, other people do it differently. But I kept my diagnosis from them, and in doing that I had to speak to the school,” she says.

And that’s when Susanne discovered that there were a couple of other mums at the school going through the early stages of their diagnosis, and she reached out.

This was the beginning of what’s become known as the Boob Club.

“We were all in shock, really. And we were all off work too, or working less hours. Taking time off to have surgery. So you have this time on your hands,” she says.

“We formed, very quickly, a community where we would lean on each other. We started helping each other with getting to doctor appointments, and driving to radiation.”

It got to the point where Susanne and “club member” gave each other their do-at-home injections to counteract some of the immune-trashing effects of chemotherapy.

“They usually get the husbands to do it,” she says. “I didn’t want him to do it. He had enough to cope with.”

One day, after giving each other their injections, Susanne and her friend went for a walk, an experience she calls “one of my funniest times”.

“We went off for a walk, and we were in the thick of our chemo treatment, having a heart-felt conversation,” she says.

Then she found herself looking at her friend, having become lost in the conversation.

“I said to her, ‘I can’t remember what we were talking about’. And tears started rolling down her face and she said ‘neither can I’. We were travelling in a chemo fog together.”

What became apparent was that Susanne no longer felt alone in her “breast cancer journey”.

The small club began to find other people around inner-city Melbourne who were otherwise privately going through the turbulence of being diagnosed with cancer. Because they all lived locally, the women wondered if they were victims of a cancer cluster. But it turned out that this number of women in a population inner-city density wasn’t unusual.

And they had other things to talk about.

“In terms of the Boob Club and our conversations, we have shared stories about the impact and side effects of breast cancer, things that I haven’t shared with anyone else.”

The club has a private Facebook page (only a couple of the members have gone public with their story) and it’s become a place where the women can post their thoughts and questions and fears as they have them.

“I actually have never felt alone with the journey once I got together with these girls,” she says.

This year, for the first time, the Boob Club is walking together in the Mother’s Day Classic. They won’t be putting it out there. But you’ll sort of know who they are. Because they look like everyone else.