brought to you by South Bank News 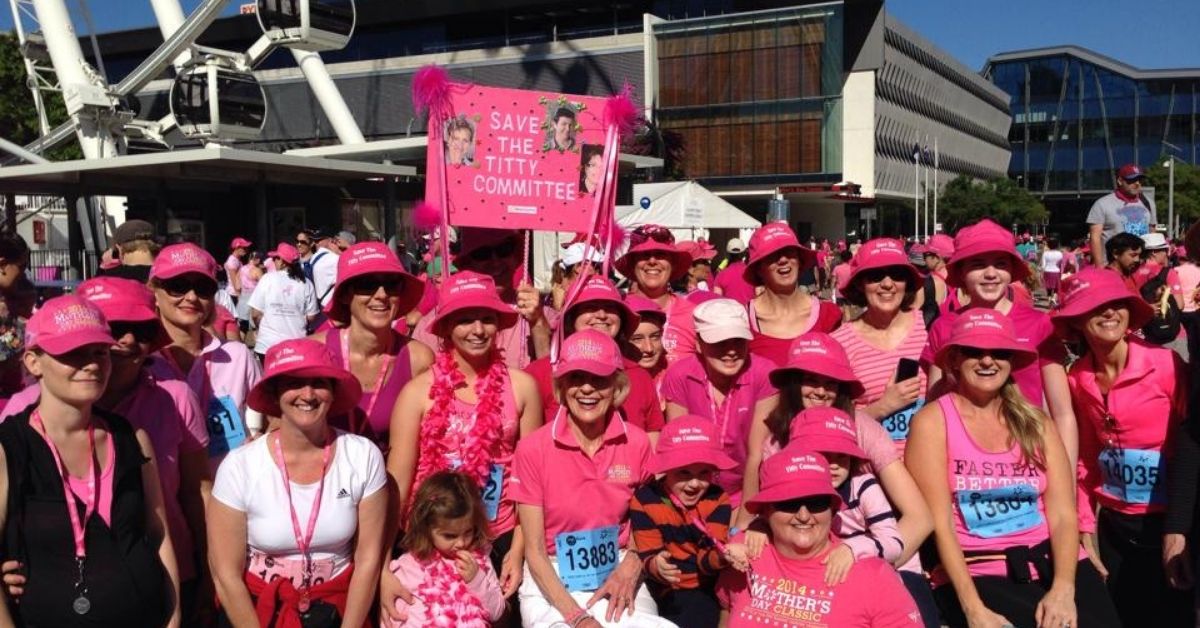 After running a virtual event in 2020, Women In Super Mother’s Day Classic, the annual fun run or walk to raise funds for breast cancer research, is returning in 2021 in 70 locations across Australia. Registration is now underway for participants to get priority slots at their preferred site and a team of friends, known as the Save the Titty Committee, will be back for the 10th time this year.

Happening on Sunday, 9 May 2021, Women In Super Mother’s Day Classic 2021, now in its 24th year, will proceed with COVID-safe protocols. Thus, participants are encouraged to secure their slots ahead of the event as there will be a set number of people allowed per location.

The rest of the locations are in New South Wales, Victoria, Tasmania, South Australia, Northern Territoriy, Western Australia and the Australian Capital Territory.

“Due to the ever-changing climate we live in, participation numbers are capped at each location, so it is imperative that people register to guarantee first priority of their location of choice,” Zara Lawless, CEO of Mother’s Day Classic, said. “These locations will be smaller in size and more informal than what we’ve hosted in the past, but they will all be big on community spirit.”

Registration has been open since April, with discounted prices. Full prices will reflect for May registrations thus it’s best to avail of the offer earlier.

Participants who sign up in advance will get a limited-edition race pack, valued at over $30, with the following items:

“The Mother’s Day Classic Local provides more flexibility for the event than ever, with a strong focus on uniting local communities right across Australia” Ms Lawless further said. “You can choose to run, walk or jog in your own local area with family, friends, work colleagues, school friends, gym buddies or others in your community, and do it on a day and time that suits.”

Jenny Hutchens and the Save the Titty Committee

Brisbane local, Jenny Hutchens, lost two important friends to breast cancer and she has participated in raising funds for breast cancer research even then. Jenny is part of a team known as the “Save the Titty Committee,” and they have raised over $118,000 over the years.

Jenny’s friend, Dominic Casley, described as the “life and soul” of her clique, The Shamrocks, lost her five-year battle to breast cancer in 2010. A year later, another friend, Anne-Maree, was diagnosed with the disease.

“Anne-Maree gallantly went through her mastectomy, chemo and then radiation for a bit over 6 months. We were ready to celebrate her finishing her treatment when they discovered her breast cancer had spread. We were in shock it didn’t seem real,” Jenny shared.

“In true AM style though one of the last few things she did, along with finishing the plans for the renovations of hers and Steve’s little beach house at Kirra (while in hospital), she also organised for us to form a team to walk in the Mother’s Day Classic that year.” 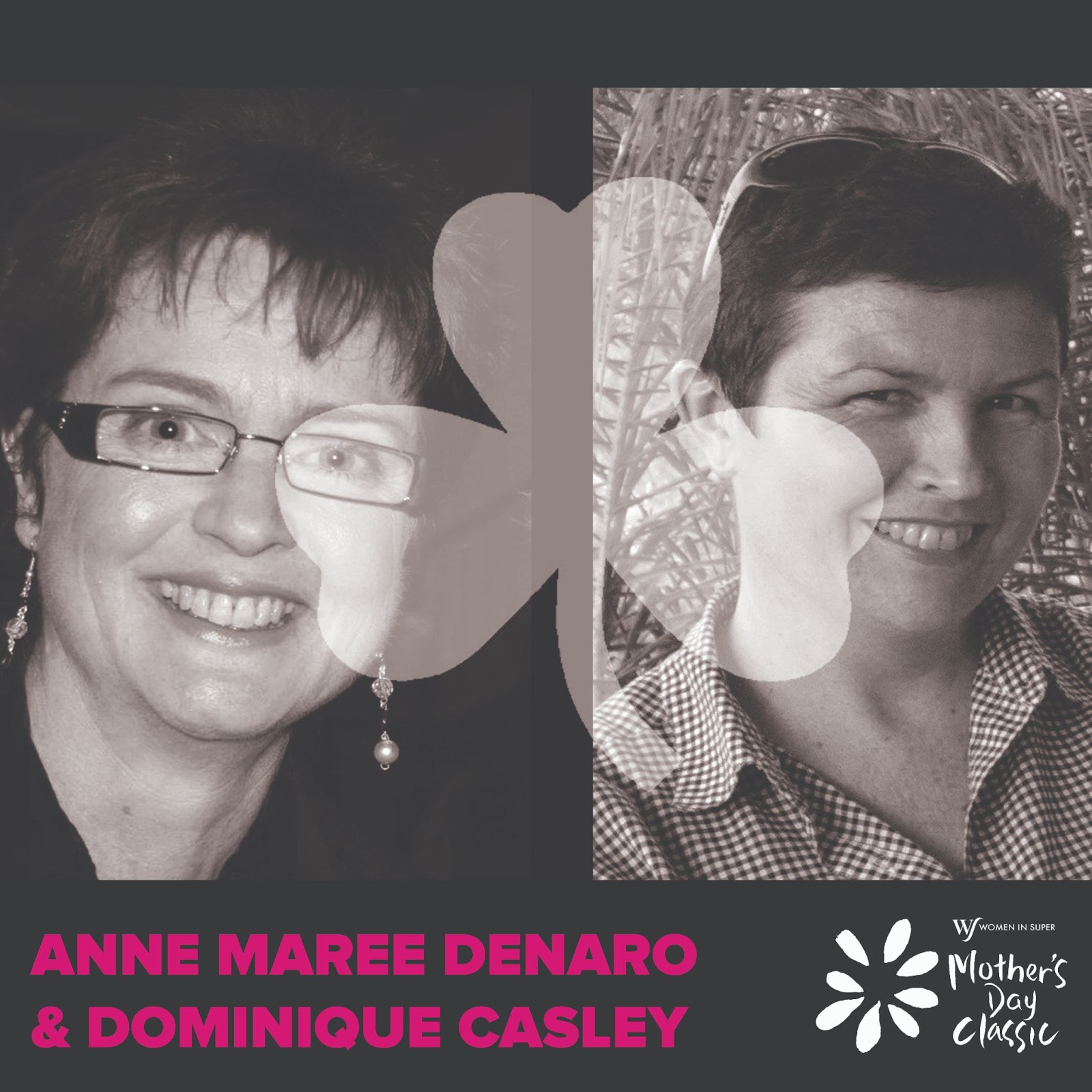 Jenny's pals: AM and Dom, the inspiration for why the Save the Titty Committee has been raising funds for breast cancer research

Jenny’s husband, Mike, thought of the name Save the Titty Committee, which amused Anne-Maree. Sadly, she passed away almost two years after Dom.

“We walked that year with tears in our eyes for Dom and AM but have continued every year and this will be our 10th year.”

“Anne Maree’s death was rapid, with only 9 days between the elation of finishing treatment, to the despair of her passing. I think of her every day,” said Mary-Jane, Anne-Maree’s sister. “I am always drawn to the memories of those days before she died and what we shared together. She spent this time considering others, her beautiful daughter Marcella and husband Steve.

“It was in those last days before Anne Maree died that she expressed great sadness in missing Marcella’s 18th birthday. No mother should have to think about this, or daughters endure.

Anne Maree and I had a great friendship. I admired her energy and determination to make a difference. She would be the one fundraising to fight this insidious disease. In her absence, I will honour Anne-Maree by raising much-needed funds for breast cancer research.” 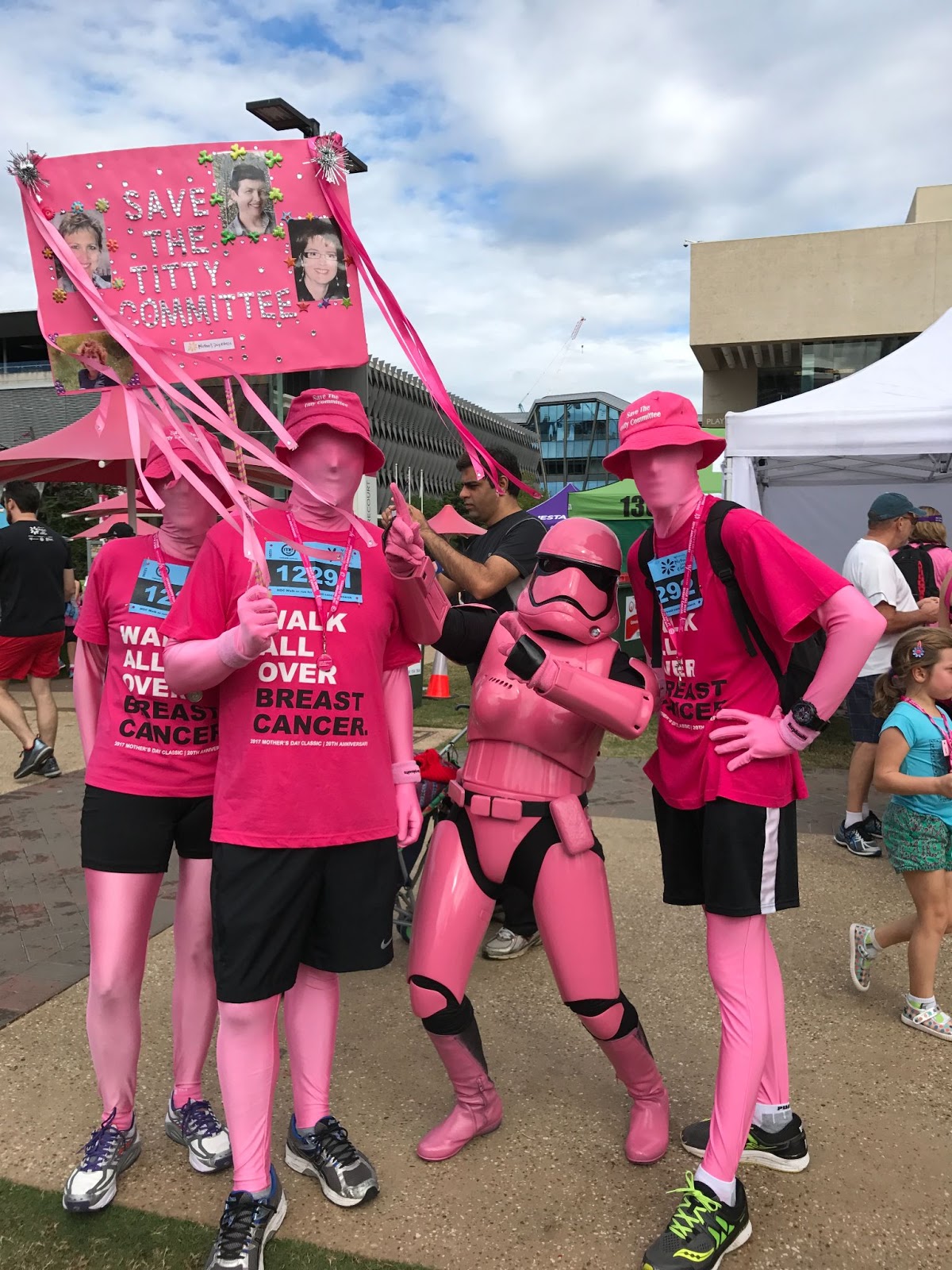 Jenny said: "One year I said I would die my hair pink if I reached my fundraising target, another year we all wore morph suits, and one year I promised to run! I never run still don't but I 'jogged' 4km that year and raised over $2,000."

Save the Titty Committe’s membership vary every year but the consistent members are:

“Dom’s circle of friends the Shamrocks are in Townsville where we all grew up together so they don’t walk but raise money and donate every year to Save the Titty Committee. Last year they all booked flights to come down and walk with me as it was 10 years since Dom has passed away. COVID struck so we all walked virtually.”

“We have raised this through the past 9 years of raising funds for the Mother’s Day Classic so all money raised goes to breast cancer research! I hope to see a cure in my lifetime!” Jenny said.